Switching from TextExpander to TypeIt4Me

How do I import TextExpander snippets into TypeIt4Me?

TextExpander stores snippets in its own proprietary format, but TypeIt4Me can do some of the work of converting them for you. If you’re using TextExpander 6 or newer, you’ll first need to follow the instructions on Smile’s website to export your snippets in CSV format. You can then drag your CSV file(s) onto the “Sets on this Mac” pane in TypeIt4Me 6 and it will import your snippets. Please note, however, that not everything will be automatically converted; anything other than simple plain text snippets will likely need to be tweaked manually once it’s been brought into TypeIt4Me.

If you’re looking to switch to TypeIt4Me from an older TextExpander version (e.g. 5.x), you don’t need to convert to CSV format first. Here’s a quick primer explaining how to open your existing TextExpander 5.x snippets in TypeIt4Me.

Open TextExpander 5.x and ctrl-click on a group of snippets.

Select the Save a Copy of Group “[name]” option, saving the copy to your desktop. 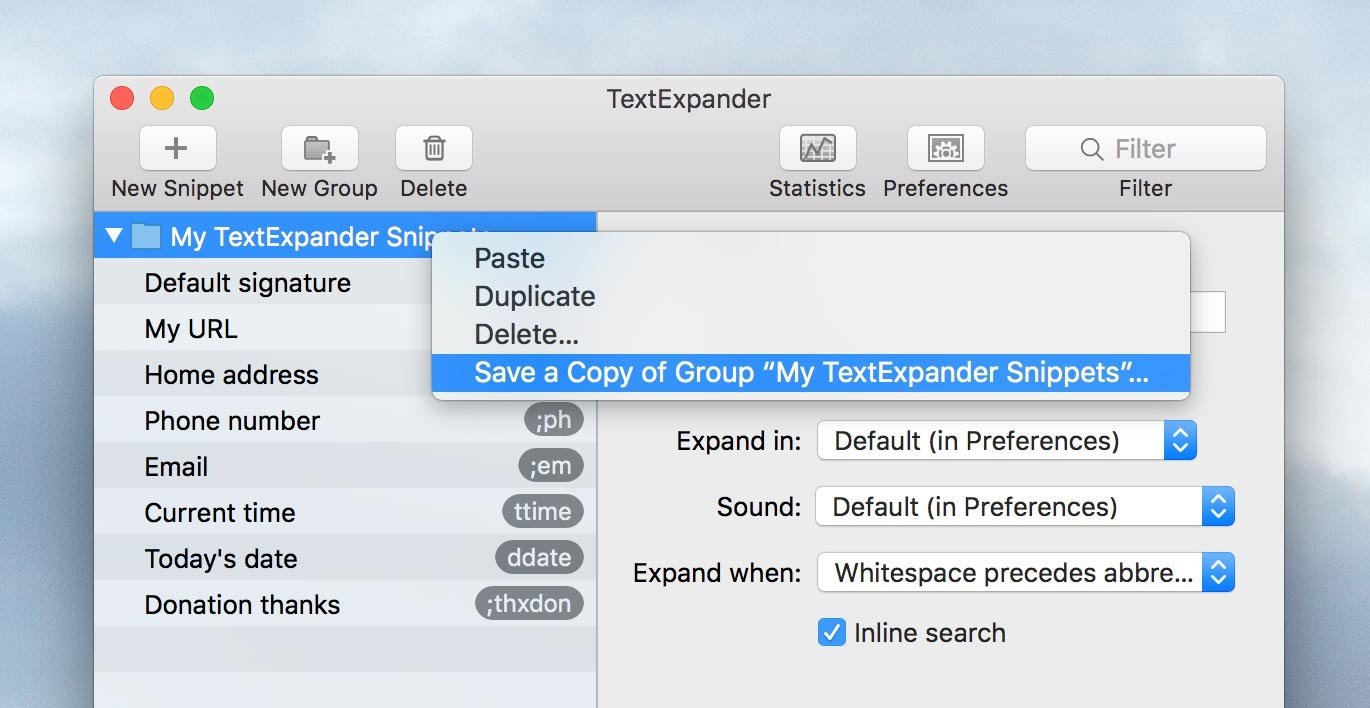 In TypeIt4Me 6.x.x you can now drag the .textexpander file you just saved straight onto the “Sets on this Mac” pane in the main TypeIt4Me window to import it. Repeat the process for the rest of your TextExpander snippet groups until you’re done*.

If you’re using TypeIt4Me 5.x.x go to TypeIt4Me and click File > Open (or type cmd-o) to bring up an Open dialog. Navigate to the file you just saved to your desktop, select it and click Open. A Save As dialog will come up. Select the desktop as the target location and click the Save button. This will create a new TypeIt4Me snippets set on your desktop with the same name as your exported TextExpander file but with the extension .typeit4me.

Double click on the new file. An alert will pop up informing you that it will be automatically moved to Application Support/TypeIt4Me/Sets. 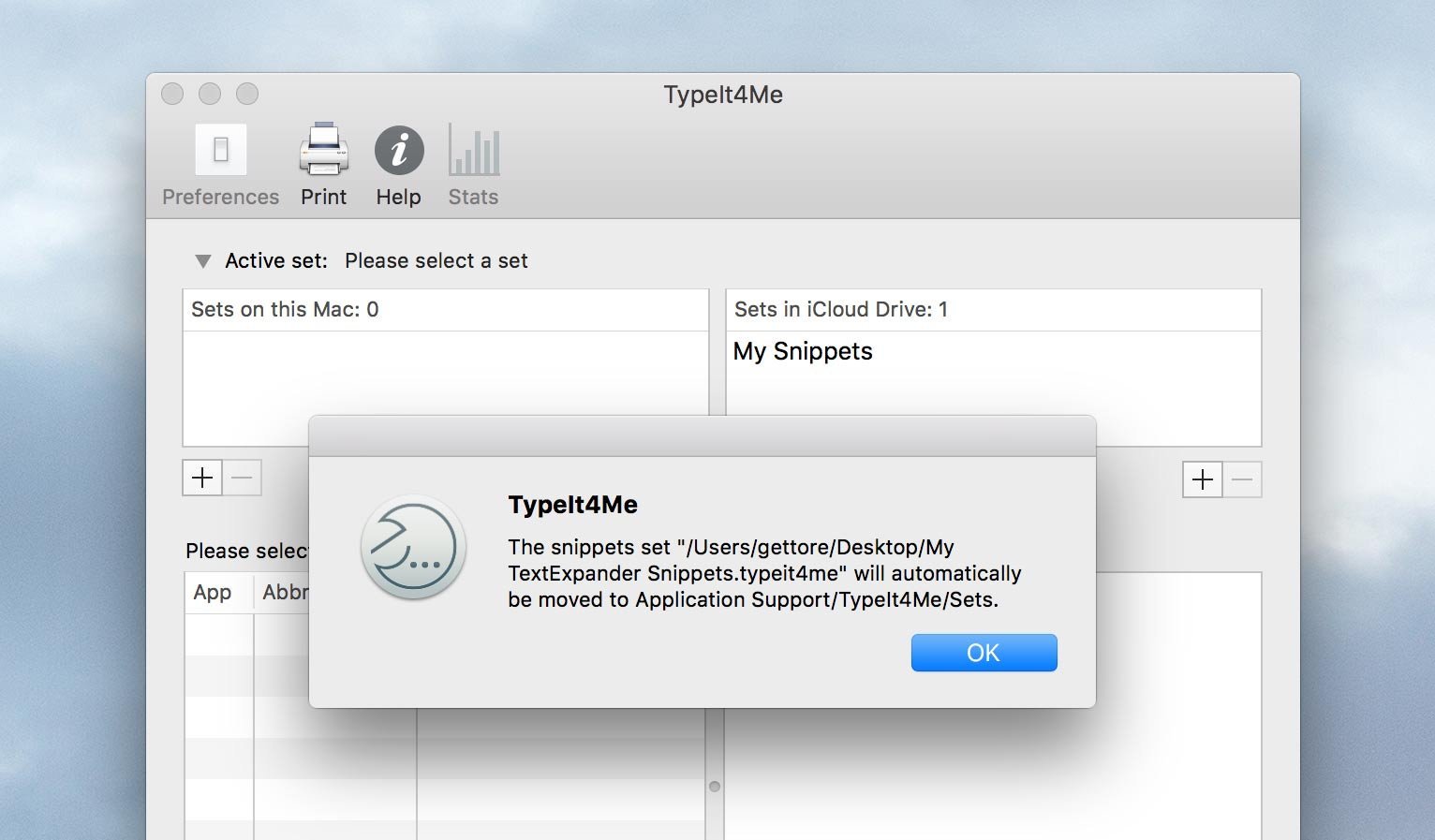 Click Ok. Your snippets will be imported into TypeIt4Me and the set will appear in the Sets on this Mac pane. Repeat the process for the rest of your TextExpander snippet groups until you’re done*.