FAQ: What is Secure Input?

Secure Input is a very useful protective feature built into macOS. Many apps use it to shield your passwords and other sensitive data while you enter them at the keyboard. This is so that they can’t be intercepted and recorded for nefarious purposes. Only you and the app you’re typing in will know what you’re typing.

Secure Input is very much a good thing, however it is meant to be used sparingly. It’s usually only temporarily turned on while you type in a password or credit card field in Safari. It can cause problems if it isn’t turned off again once it’s done its job. With some apps, when Secure Input protection is triggered it mistakenly remains enabled for too long. It can stay on even after you’re done entering the sensitive information and / or you switch to a different app. TypeIt4Me and other text expansion apps will then effectively be ‘locked out’ of keyboard input and prevented from functioning until Secure Input is turned off.

When apps “forget” to switch Secure Input off again – needlessly blocking text expansion – the way to correct this is to quit the offending app. That’s why TypeIt4Me displays notifications when an app enables Secure Input. When these alerts pop up it doesn’t necessarily mean TypeIt4Me will no longer work. They are a means to help you identify the culprit if TypeIt4Me stops expanding your abbreviations. For example, if you find TypeIt4Me doesn’t work even after the cursor has left a password or credit card entry field, you may need to quit Safari or Chrome and relaunch it.

FAQ: Secure Input alerts are annoying me. How do I turn them off? What are they?

These notifications are to help you identify apps that may be preventing TypeIt4Me from expanding your abbreviations. It’s easy to turn them off if they’re annoying you, though. Open your Mac’s System Preferences and go to Notifications (it’s near the top right corner). Once you’re in Notifications you’ll see a list of apps on the left. Select TypeIt4Me, then toggle the “Allow Notifications” switch off. Alternatively, you could leave that on and change the settings under “TypeIt4Me alert style” to something you find less intrusive. 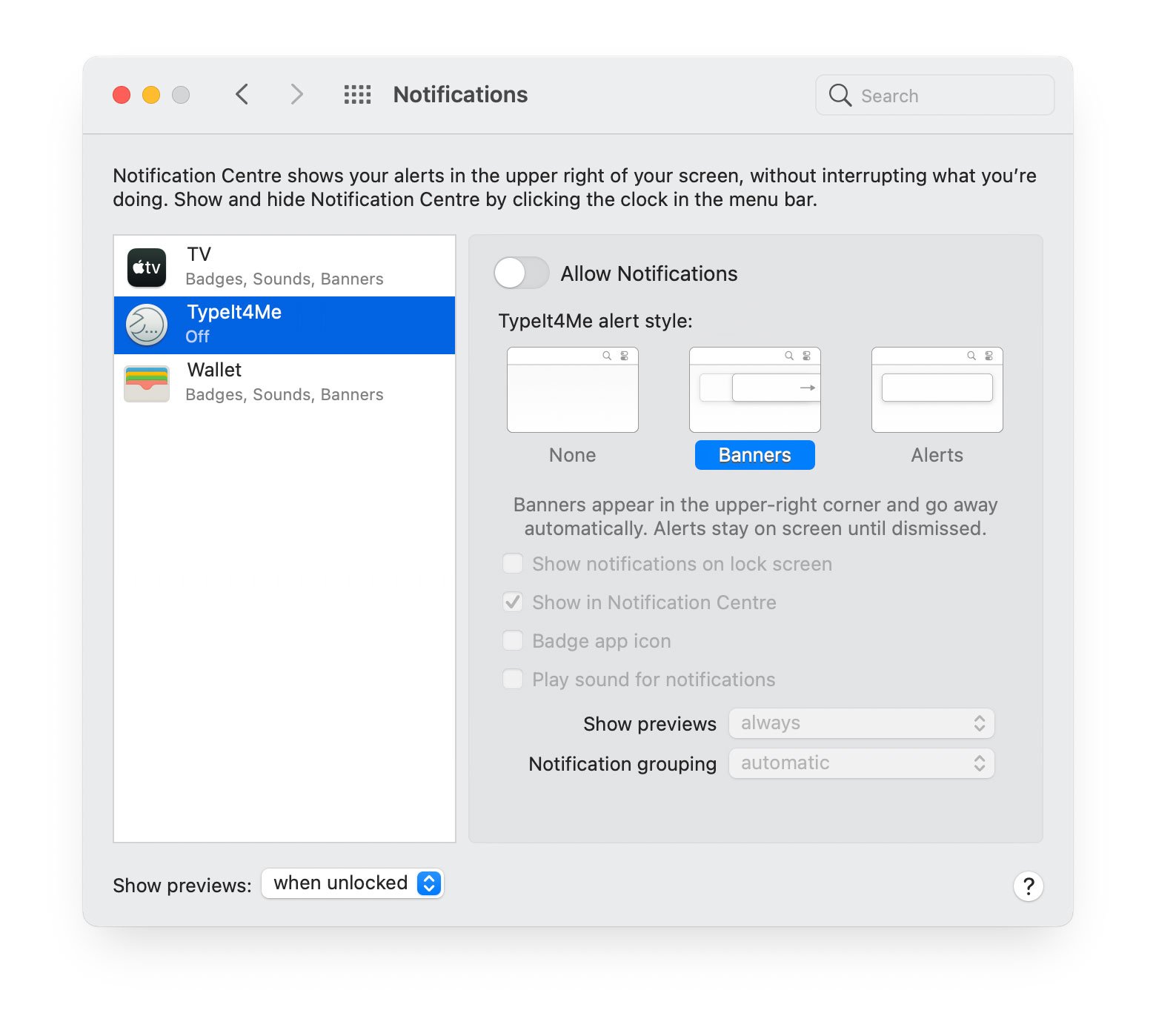